A brief overview on 2019 Indonesia's adtech from an industry insider 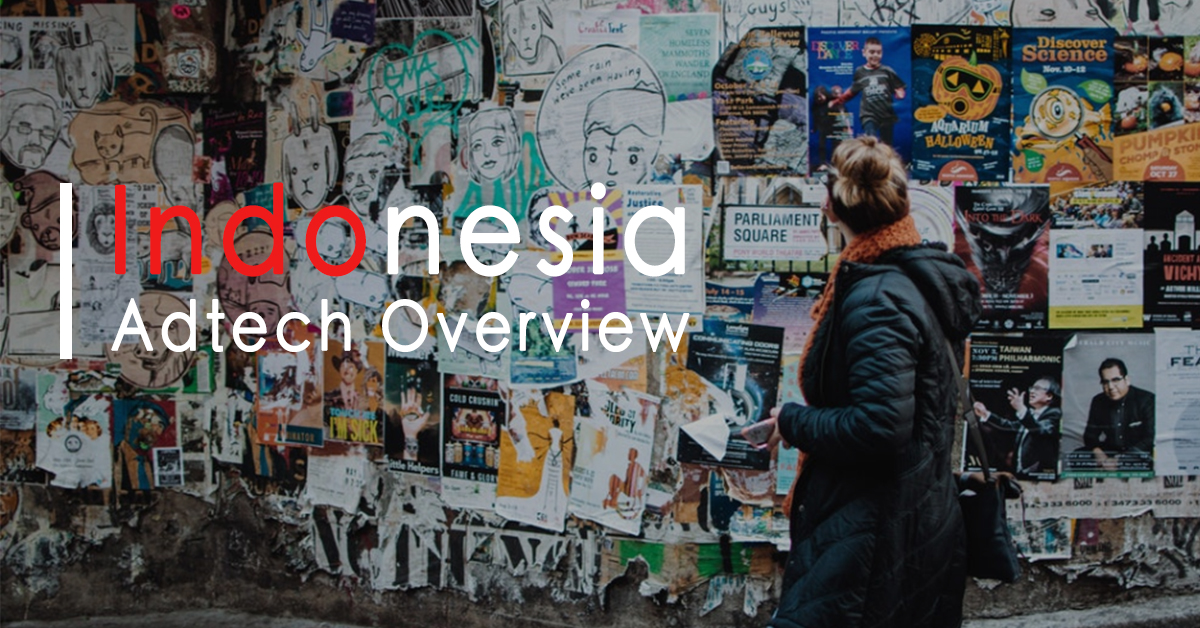 While all statistics showed an amazing growth in Indonesia’s adtech, the current status in fact isn’t quite optimal.
--Tagtoo
Digital advertising in Indonesia is growing rapidly. 2019 Global Digital Ad Trends Report not only predicted that Indonesia’s digital advertising spend would reach US$ 2.6 billion in 2019 but also pointed out its amazing growth rate, 26%, dwarfed other ASEAN countries such as Thailand.
In terms of programmatic advertising, a supernova category in adtech, Indonesia market also performed extremely well and the growth is in line with global trends. It is estimated in the report that the total advertising spends on programmatic advertising in Indonesia will achieve 89% growth rate as compared to the previous year. This renders the archipelagic state the fastest growing country in the world.

While the aforementioned statistics sounds extremely amazing, the reality doesn’t seem quite exciting and optimal. After compiling our years of hand-on experience in Indonesia’s digital advertising, Tagtoo team concluded 3 points on the current overview of adtech in Indonesia 2019.

Indonesia's market hasn’t seen any major adtech players in the field of programmatic advertising acquire any significant market share as Indonesia just pivoted its development focus to the digital economy. The industry landscape remains fragmented with international and local adtech companies competing with one another.
The fragmented landscape in fact comes with a reason. International players find it difficult to gain a strong foothold in Indonesia due to the existing under-the-table business culture and government’s strict regulation on the advertising industry for foreign ownership. Meanwhile, local contenders are striving to catch up with foreign companies by developing top-notch technology.

As Indonesia moves towards the new digital era, business owners and entrepreneurs are becoming more tech- savvy and open-minded towards new technology. The power of performance-oriented adtech quickly wins favors of theirs and plays an indispensable role in the development of the digital economy.
With that said, Indonesia is encountering the enlarging gap in terms of digital advertising knowledge. Large corporations along with local unicorns startups continue adopting the latest adtech products and services thanks to the strong backup of capital. On the contrary, small and medium enterprises struggle to make ends meet and do not possess the extra energy to master digital advertising, lagging behind day by day.

While Indonesia possesses a whopping 145 million internet user population in 2017, according to The Association for Internet Service Provider in Indonesia, the imperfect internet infrastructure continues to be the major hindrance for adtech to unfold its actual and full strength.
Take conversion rate, a common metric to measure the performance of digital advertising, for example. Slow page loading times, instead of wrong audience targeting, is oftentimes the driving factor for the downturn in conversion rate. No matter how effectively adtech can help with audience targeting, conversion undoubtedly won't happen when viewers lose their patience and leave the page before the website content is fully loaded.

The landscape of digital advertising is ever-changing in Indonesia. With more companies and startups trying to strengthen their strong online presence and boost their online sales, the demand for digital advertising is certainly going to be much larger in the coming years.
Most importantly, following the digital advertising boom, Indonesia’s adtech ecosystem is becoming an exciting game to watch; who will be able to survive until the end and win the throne?
-
Author: Edison Chen, Business Development Manage at Tagtoo.
Tags: Digital Advertising, Indonesia, Adtech